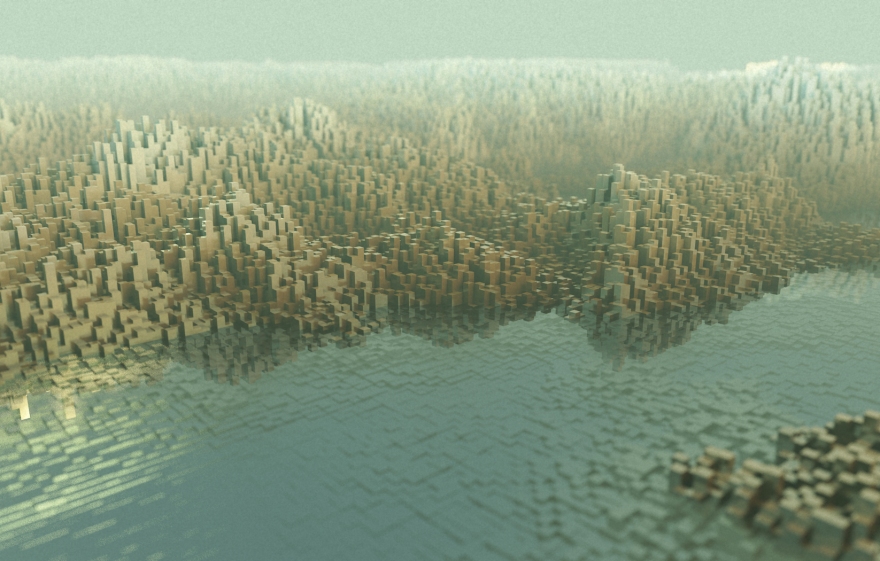 At this point I think Magic Bullet works better for 3d stuff than it does for footage.
After a week of making things for other people, making something for myself is a nice change of pace. Even if it’s nothing really.

I’m not usually one for posting videos, but hot damn this was a lot of work. This is a general sampling from jobs I’ve done in the last year. Watching this for me is just a rush of memories.

While for the most part I only selected things that could fit in smoothly, there is one spot where the music stops and there’s a little segment of two icons talking. Though it breaks the flow, I really wanted to include that because that job took just over 250 hours on its own. All the speaking bits were animated with facial motion tracking and tons of key frames. For doing the motion tracking, I ended up over at my parents house at 10pm lip syncing the commercial several times in front of a camera. Even just getting that job, I had found a neat AE expression for attaching puppet pins to nulls about half an hour before I got word of it. When my intermediary client came through the door, and asked if I could make animated talking icons, I had just thing I wanted to try! That job also had about a million rounds of changes and change backs.

For me, most of the brief clips in that video have stories, ideas, trials, and solutions attached to them. Some funny, some arduous, some otherwise. This is the first time that I’ve cut together an actual reel, (I’ve made just graphic demos for clients in the past) and it’s certainly strange to see a year summed up into just over three minutes.

Here are a few more from camping. (Click the images to see them larger) This was right as we were leaving. I got my camera set up right as we were about to leave to do a quick time-lapse of our camping spot. About three pictures into that, this thing appeared. I stopped the water from moving to focus the attention on the mirrored thing.

Soon as a few of the wide shots snapped the glow above the object disappeared. A couple of minutes after it disappeared I got closer to get a few close-up shots. This is about as close to a selfie I’ll ever take. You can see my shadow in the reflection of the mirrored thing.

In this one I was managed to catch the final camp chair and bags to be put away and the other two campers. After this, last time-lapse we took one of the last loads of stuff up to the car. By the time we got back from the car, the object was gone.

Last week I made my way to Eastern Washington to shoot some wine tasting notes. There was a general haze about everywhere we went. While looking for our next shot in a vineyard near Mattawa, another one of these orbs appeared. This was the only one I saw during the couple days over there, but it was reminiscent of the fires that were burning just over the horizon.

Here’s another look at the haze that was hanging over the landscape.

(This was the first time that I’ve experimented with pyrocluster in Cinema 4d. It’s a little more difficult to control the size over lifetime than I anticipated, but that will leave something new for next time!)

This is just tooling about with some fun settings in C4d. I’ll have lot’s of new content soon. Just have to get through April (one of the busiest months of my life.)

I’ve been busy, but I’ve gained some new tricks and skills. Super busy. 7 days and 70 some hours a week busy.

The upside is now I have a solid working knowledge of tracking 3d into video! Plus all sorts of other useful stuff! 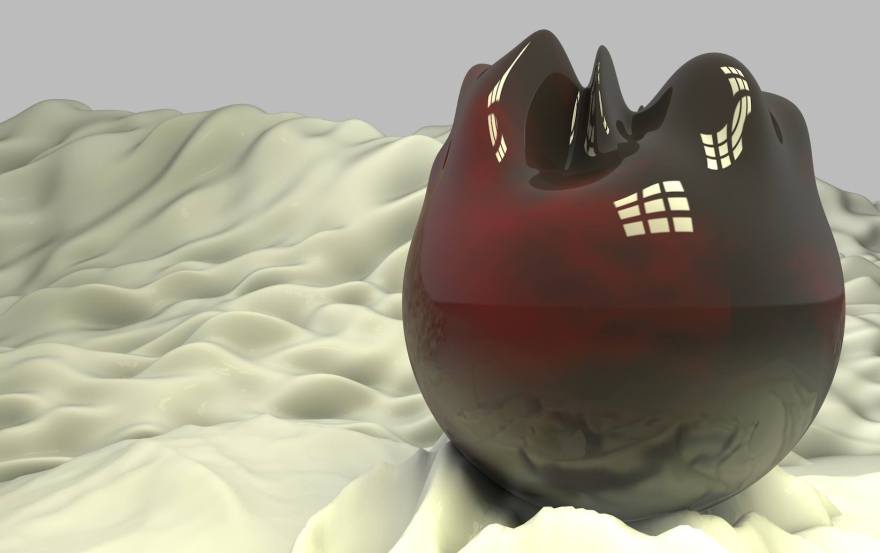 I’ll have video’s with fun 3d integration up in the next week, also a 30 second cartoon called “detective dog,” as well as some photos I’ve been sitting on for awhile.

The last month and a half in a nutshell for the curious, I got picked up by a production company to do design full time, still working weekends at the bicycle shop, and still working with all of my freelance clients to make sure they’re all covered. Out of the last 40 some days, I’ve had 2 off, the 4th of July, and the saturday following, mostly because I had to locate my stolen phone. All in all it’s been a lovely, if a little hectic time. Though, I did just put in my two weeks at the bike shop so soon I’ll be able to work on my personal projects (see: anything posted here) while the sun is still up! Cheers